Changing the Face of Cancer, Together 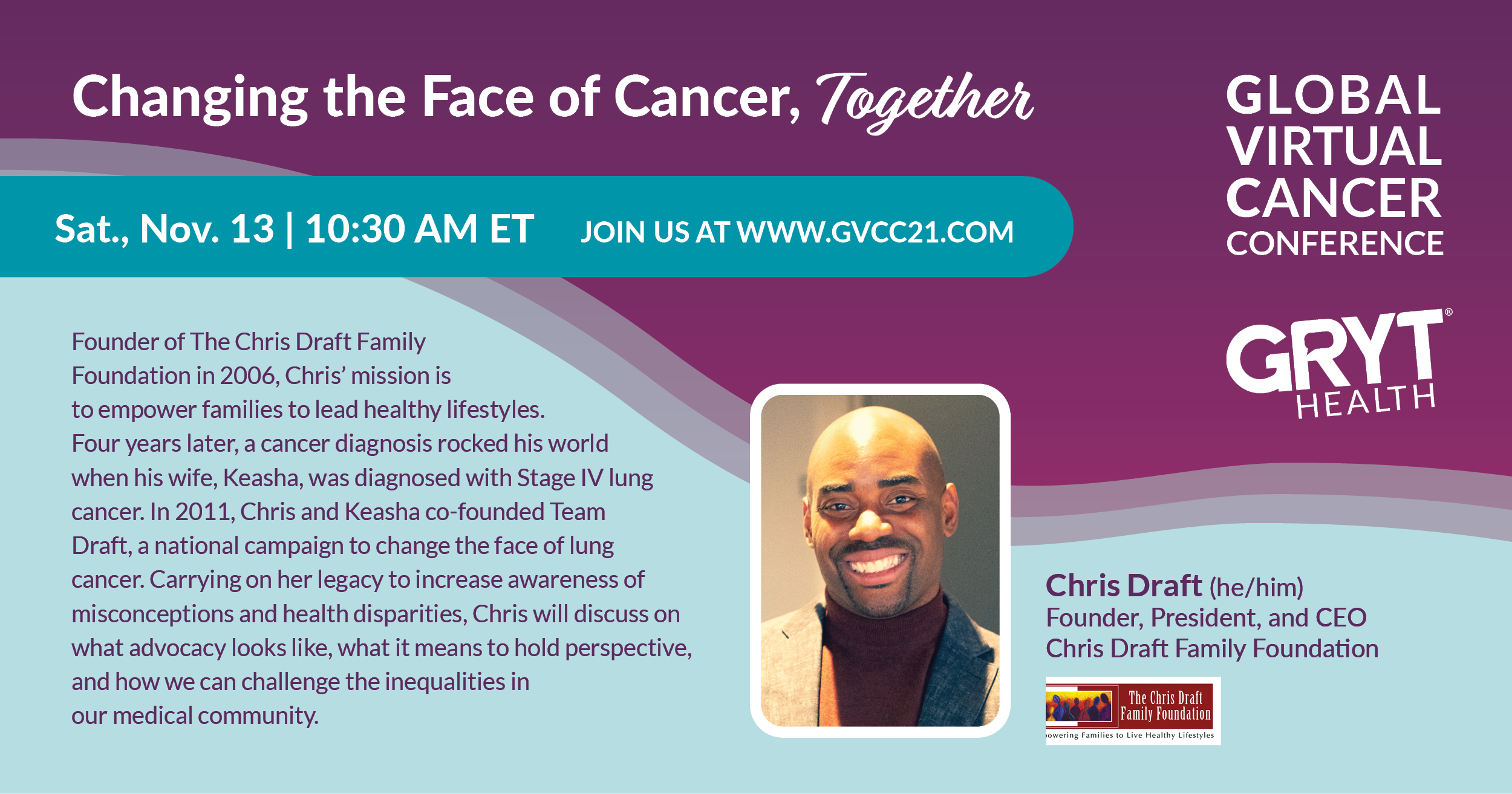 Founder of The Chris Draft Family Foundation in 2006, Chris’ mission is to empower families to lead healthy lifestyles. Four years later, a cancer diagnosis rocked his world when his wife, Keasha, was diagnosed with Stage IV lung cancer. In 2011, Chris and Keasha co-founded Team Draft, a national campaign to change the face of lung cancer. Carrying on her legacy to increase awareness of misconceptions and health disparities, Chris will discuss what advocacy looks like, what it means to hold perspective, and how we can challenge the inequalities in our medical community. 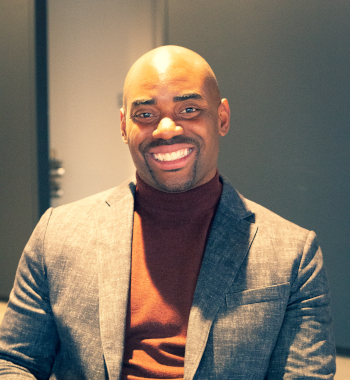 Late in 2010, just a few months after his NFL retirement, Chris’ world was rocked. In 2006, while with the Carolina Panthers, he met Keasha Rutledge. A Clemson University graduate with a degree in electrical engineering, Keasha was a successful pharmaceutical sales executive, a former Charlotte Hornets Honeybee dancer and member of Clemson University’s Rally Cat dance squad. In November 2010, Keasha was the vision of healthy living and a non-smoker, doing P90X and preparing to run in a 10K race. A shortness of breath led her to see her primary care physician who ordered X-rays and discovered a mass in her chest. Additional tests and confirmed Stage IV Lung Cancer.

On November 27, 2011, standing side-by-side, Chris and Keasha launched Team Draft at their wedding with the expressed goal to fight lung cancer. Just one month later, Keasha lost her courageous fight and died at the age of 38.

Chris Draft is the Founder, President, and CEO of the Chris Draft Family Foundation (CDFF) whose mission has been to empower families to lead healthy lifestyles. He is also the Co-Founder of Team Draft, leading the creation of a national campaign that is changing the face of lung cancer. He is an internationally recognized speaker, community leader, and family and character advocate who serves as an NFL Ambassador and a national spokesperson on many health-related issues, including the care and treatment of asthma, from which he suffers, and lung cancer, the disease that claimed the life of his wife, Keasha in 2011.